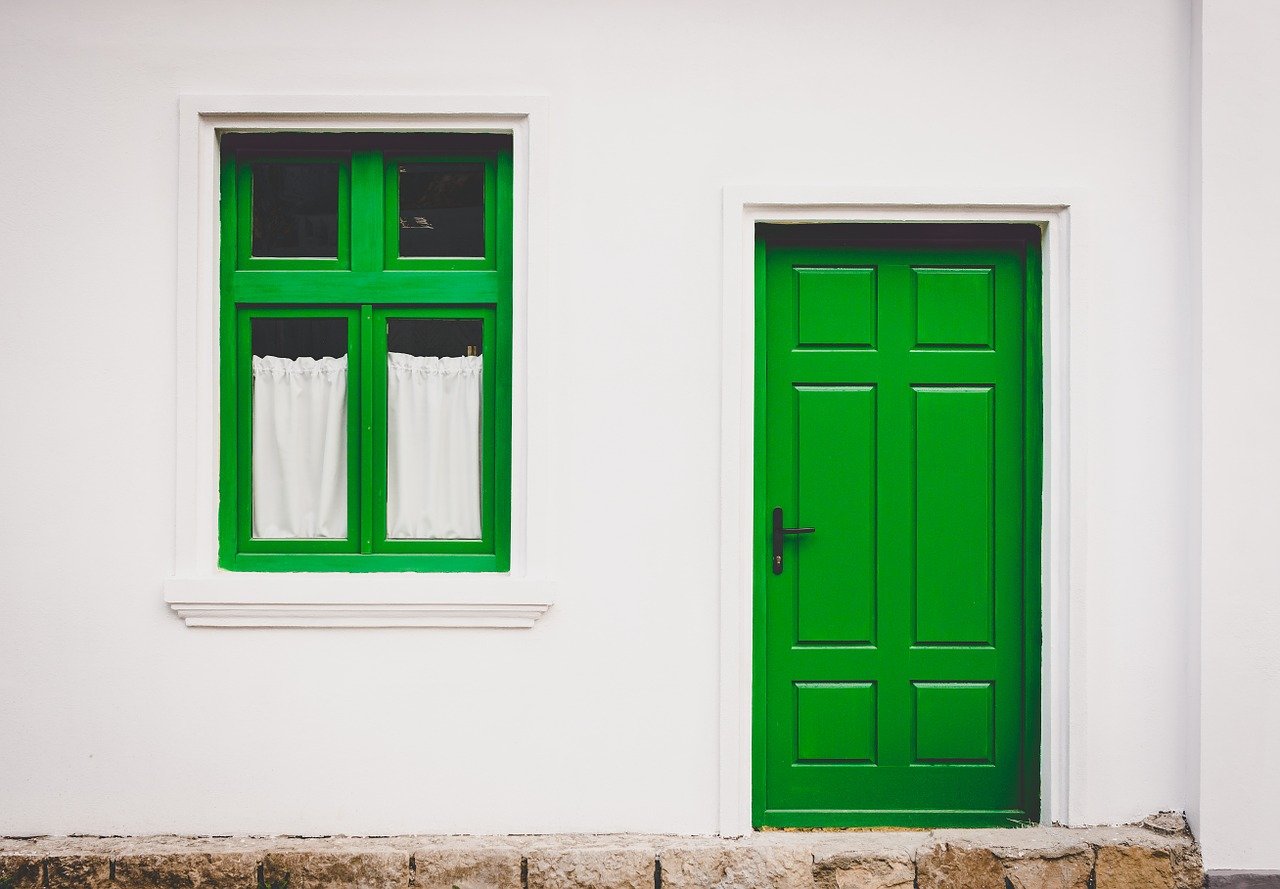 For renters, traditional upfront deposits are difficult to make, as they often have strict terms and involve substantial costs. Since renters needed a viable substitute to the conventional deposit model, it gave rise to the deposit replacement schemes.

According to research conducted by traditional deposit schemes, England and Wales’ average rental deposit stands at £1,139 in 2020. The amount is somewhat lower in regions outside London and the South East. There are several cases where tenants will have to pay a deposit for their new rental home before having their deposit made for their old property is returned. This situation is called a deposit ‘double-bubble.’

Deposit replacement schemes involve a non-refundable fee paid by the tenants, which is almost a week’s rent, instead of the traditional upfront security deposit that’s refundable and equal to 5 to 6 weeks’ rent.

The tenant’s fee paid under such a scheme serves as an insurance guarantee that protects the landlords against any potential property damage caused by the tenants or tenancy agreement breaches.

Just like a traditional deposit, these schemes guarantee the landlord the same financial protection. This means if a tenant refuses or can’t pay rent, the deposit scheme will compensate the landlord and then recover the costs directly from the tenant. Thus, the landlord would no longer need to face losses, bear out-of-pocket expenses, or chase the tenant.

While some deposit replacement schemes run a pure insurance model, others come with a membership-style approach. In case it’s the latter, the scheme itself is insured against any liabilities it has to payout.

It’s important to note that deposit replacement schemes don’t need landlords to get the deposit registered. Thus, the risk landlords faced for failing to protect tenants’ deposits are removed. However, some landlords may be hesitant to accept such schemes as they believe they involve higher risks. That’s because the absence of traditional cash deposit would, they think, encourage the tenants to act up when it comes to honouring their obligations according to the tenancy agreement.

According to the Tenant Fees Act, it’s illegal for landlords to charge their tenants fees except for deposits and rents. Thus, it’s only legal to let the tenants have a deposit replacement alternative besides a traditional deposit. However, neither letting agents nor landlords can insist on a tenant choosing a deposit replacement scheme if they would rather select a traditional deposit option.

Over the last few years, deposit replacement schemes have strengthened their market position, where renowned industry names have joined several start-ups operating in the rapidly increasing niche market. This competitive landscape has not only boosted transparency but also increased expectation levels of customer service. There are also several ‘in-house’ schemes in the market, which have been developed by large letting agencies. Some have voiced their concern about the independence of and motivation behind such schemes.

A ‘do-it-yourself’ scheme refers to a deposit replacement option that the agents themselves run and offer. A tenant’s story was recently published in The Times, who was shocked when she received an unexpectedly high final bill after choosing a deposit replacement scheme operated by an agency.

The BBC highlighted a tenants’ plight in February 2020 who signed up for deposit-free options run by the agencies but were ignorant about the non-refundable nature of the money they paid into the scheme and that it couldn’t be utilised to pay for any damages. It was found that some tenants were persuaded to choose deposit replacement schemes over traditional deposit schemes without understanding the consequences of their decision entirely.

Irrespective of the deposit replacement schemes they choose, it’s important that the tenants’ obligations are made transparent. But this can be a problem, especially in the case of agency-operated schemes that charge tenants considerably more than specialist deposit replacements.

A warning was even given by Generation Rent – a volunteer campaign group, which asked tenants to be cautious of some specific “deposit-free” products, which they said were certainly not free and offered less protection for renters.

Some other cases of agents have come to light which, instead of using independent deposit replacement schemes, mis-sold a ‘do-it-yourself’ version to their tenants. They even pressured these tenants into choosing a ‘deposit-free’ option over a traditional, refundable lump sum deposit or charged hefty additional fees to raise a dispute, thus discouraging them from raising such disputes. In their attempt to fill the gap left by the tenant fee ban, some agents pressurise tenants to choose their ‘do-it-yourself’ model while failing to have a transparent process.

It’s much safer for both the tenants and their landlords to choose established and independent deposit replacement schemes that explain how the scheme functions entirely well.

Usually, deposit replacement schemes don’t have any inherent problems, provided they’re designed transparently, accurately, and by keeping both tenants and landlords in mind. Such schemes offer a preferable option for tenants, especially when trying to find a newer and flexible route to renting or merely seeking to support their changing financial needs.

Both landlords and tenant should do their research well before signing up for a deposit replacement scheme to ensure there aren’t any hidden clauses, costs, or surprises that will spring up down the line. These schemes work effectively only if all parties involved are aware of their purpose and how they function.

It’s the agents’ responsibility to ensure the tenants know about all the pros and cons of traditional deposits and deposit replacement schemes before they ask them or the landlords about which option they would like to opt for. Having a transparent process and keeping the tenants fully informed would ensure they know of any possible expenses that could happen at a later stage.

What are the advantages of independent deposit replacement schemes?

All through their rental journey, deposit replacement schemes can bring different choices for tenants in addition to bringing several benefits for agents too.

As mentioned earlier, the financial protection offered by deposit replacement options is the same as their traditional deposit counterparts while diminishing the legislative risk to landlords and agents. Replacement schemes also reduce the risk of fines related to deposit protection that occur due to non-compliance.

Earlier this year, Ome – a deposit replacement scheme, was launched. It’s a partner of mydeposits and a member of the Hamilton Fraser family. Ome provides an adjudication service for free, similar to the traditional deposit schemes. After running mydeposits (a deposit scheme that’s authorised by the government) successfully, people associated with Ome have gathered significant knowledge and insights about the changing requirements of landlords, letting agents, and tenants and the best ways to support them.

By making the most of its unique transparency, Ome aims to bring diversification to the rental market. According to Ome’s co-founder Matthew Hooker, deposit replacement schemes bring a feasible option for several modern renters in today’s ever-changing rental market who’re seeking a substitute to the traditional deposit model.

He added that there’s no denying the pitfalls associated with these replacement schemes, and some renters were unfortunate for being mis-sold such schemes. Ome was launched to deal with these issues by offering the lettings market an improved choice while upholding the rental wellbeing of landlords, tenants, and letting agents.

The pros and cons of deposit replacement schemes are well-debated, documented, and discussed within the industry. But sadly, you’ll still find cases where agents pushed their tenants to choose deposit replacement schemes without making them fully aware of how these schemes function. Yet, when these schemes are adequately explained and clear as crystal, several tenants find them a practical and helpful rental option. They offer enhanced flexibility and, most significantly, multiple choices.

As long as all parties have researched and understood how the deposit replacement schemes function, these schemes can provide the UK rental market with a progressive and competitive option.

Buy-to-let: Is It Still Worth Investing Into? Recently, the British public has witnessed a new head of state, a new government, and an...
Continue reading
by Michelle