Recently, the British public has witnessed a new head of state, a new government, and an increasingly worrying economic environment. On Friday, September 23, Kwasi Kwarteng, the current Chancellor of the Exchequer, announced a not-so ‘mini-budget.

There were a number of ways in which the budget exceeded expectations, including wholesale reductions in tax and politically contentious changes to IR35 rules and the cap on banker bonuses. UK landlords and property investors will be affected by the announcements directly and indirectly. This makes it worthwhile to examine what changes have been announced and what their implications are for landlords. These changes include:

Despite their varying effects on landlords and the private rental sector, all of the above could have a significant impact on the economy and interest rates. These announcements are certainly worth considering in terms of future property prices and mortgage rates.

Stamp Duty is one of Kwasi Kwarteng’s most obvious property-related proposals. Stamp Duty rates and thresholds were amended by the government on the 23rd of September, benefiting first-time buyers and experienced buyers.

The following changes have been announced:

The announced changes are beneficial for landlords, homeowners, and the overall property market since Stamp Duty is a regressive and economically damaging tax.  By raising the threshold at which home buyers pay stamp duty to £250,000, the government expects to encourage an additional 29,000 property transactions each year while helping those who can least afford to move.

How does this affect landlords? The changes only apply to landlords in England and Northern Ireland. Secondly, landlords will still be required to pay the additional dwellings surcharge of 3% of the value of all properties, irrespective of their value. Landlords will benefit from the overall increase in the zero-band rate, as they will save up to £2,500 in Stamp Duty.

Removal of the Bankers’ Bonus Cap

It has been a contentious announcement to scrap the Bankers Bonus Cap, which the EU introduced following the last financial crisis. Until recently, European and British banks were prohibited from paying employees bonuses exceeding 100% or 200% of their basic salaries. Perhaps you are wondering what this has to do with landlords and private rentals…

In London, removing the cap will boost the financial services industry and property/rental prices.  There is no doubt that London is one of the preeminent financial centres in the world. The capital competes with the likes of New York, Hong Kong, Paris, and Frankfurt to attract the best talent, in the pursuit of influencing global financial markets. By removing the Bankers Bonus Cap, which accounts for 8.4% of the UK GDP, the financial services sector will become more competitive worldwide.

London is a more likely location for foreign banks to base their high-paid employees than Paris or Frankfurt. When it comes to earning the highest compensation, New York will no longer be the go-to location. This means that London will likely see an influx of higher-paid workers as well as all the ancillary support services they will need.

In addition to making UK financial services more competitive, the announced removal of the Bankers Bonus Cap should help support house prices in and around London – where more than half of the UK’s financial services GDP is generated. The City of London and desirable commuter locations will see an increase in demand for high-spec properties. Although it is hard to quantify the extent of the changes this announcement will bring, it is certainly a positive development for landlords.

Despite being announced ahead of the ‘Mini-Budget,’ one of the most significant announcements for landlords is the decision to cap energy prices at an average price of £2,500 until 2024. There is no denying the implications for tenants and landlords alike.

Due to limited access to Russian LNG and oil, energy prices have risen globally and especially in Europe. Household energy bills were predicted to rise to £3,549 in October, and to £6,616 in January and April 2023. To put that in perspective, let’s look at the situation. In the United Kingdom, the median private rent is £695 per month or £8,340 per year.

The average household would face £6,616 in energy bills, £1,818 in council tax, and £419 in water bills without the price cap. Therefore, spending a total of £8,853 on energy, water, and council tax bills a year, £513 more than they would be paying on rent. In 2020, the median disposable household income (after taxes) was £29,900. Without the introduction of the energy price cap, the average household would have been left with just £1,058 per month in disposable income. It is likely that more than half the population would have even less than this per month to live off.

There would have been devastating consequences for landlords and the private rental sector in general.  While different solutions and proposals can be argued for and against. The introduction of an average price cap of £2,500 until 2024 is much better than no price cap at all. For tenants and landlords, it is certainly a positive announcement in the short term.

The government’s announcement to reverse the increase in National Insurance Contributions and lower the income tax rate from 20% to 19% is less directly related to landlords and the private rental sector.

Regardless of the relative tax cuts for high earners, these changes will have tangible benefits for average earners. 31 million households across England, Wales, and Northern Ireland will benefit by £170 if the basic rate of tax is lowered by one percentage point to 19%. Moreover, reversing the 1.25% increase in national insurance will benefit 28 million people across the UK to the tune of £330 on average.

Although we are not dealing with life-changing numbers, the average household and tenant will benefit by £500. As economic conditions worsen and recession looms, this will increase financial support for homeowners and tenants. Although a small change, it will help to support average rents and reduce the likelihood of increased rental areas for landlords. 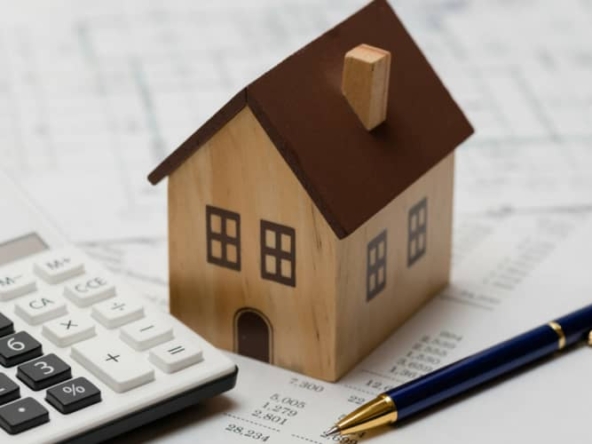 Rent yield and capital gain are terms you may have heard many times if you are thinking about...
Continue reading
by Michelle